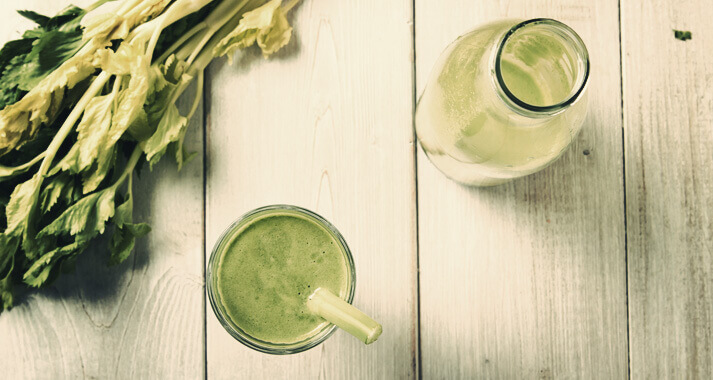 If you’ve fallen off the bandwagon and want to get back on track as quickly as possible, then a ‘detox’ can certainly seem like a good idea.

I mean, who isn’t tempted by the promise of immediate, drastic, noticeable results? Who would rather spend a couple of months working hard to lose 15lbs when they could get the same results in a few weeks, maybe even a few days?

There’s a lot of different options out there, but cleanses and detoxes usually refer to the same thing. They’re phrases that are used interchangeably to refer to plans that restrict your food intake to pressed juice, involve avoiding specific types of food, or drinking a concoction of juices/teas.

The idea is that this will remove something ‘harmful’ from your body. Sometimes, detoxes ‘target’ specific organs like the liver or colon, and supposedly, they can make you feel better.

But let’s be honest: a lot of people (if not the majority) go on detoxes and cleanses to lose weight. They’re more interested in how they look on the outside than what’s happening on the inside.

So the question isn’t only; are they good for us? We need to know whether they can help you get in shape, too.

Do You Need To Detox? 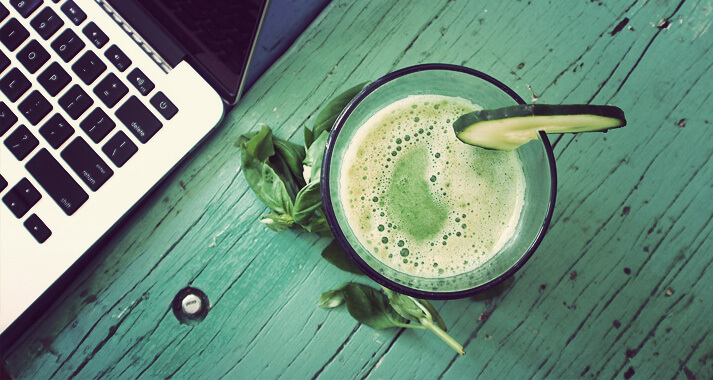 As the name suggests, the idea of detoxing is to flush toxins out of the body, which begs the question: exactly which toxins are we trying to eliminate?

The most obvious example of a toxin is alcohol. While it’s toxic, most people can safely drink one glass of wine with a meal because the body can metabolize it in small amounts. However, if you try to drink fifteen glasses of wine within an hour, you might end up in the hospital with blood-alcohol poisoning.

But even fruits and vegetables contain forms of toxins that would harm us if we consumed them in extreme amounts. For example, along with high amounts of Vitamin A and other important nutrients, bok choy contains glucosinolates, which have been shown to contribute thyroid problems.

Most of us could safely eat a cup of raw bok choy every day (if we wanted to). Our bodies would metabolize the glucosinolates and we’d enjoy the vegetable’s benefits. But if we tried to eat fifteen cups per day, we could end up with hypothyroidism. In those quantities, the usually-super-healthy bok choy would be toxic.

Point being: almost everything we consume is toxic at some level. We can’t avoid it.

But the body is pretty damn good at self-cleansing and detoxing. The liver, kidneys, lungs, and several other organs work around the clock to remove harmful substances and excrete waste products of metabolism (that’s what you go to to the toilet for!). They don’t need any help from ‘charcoal lemonade’ (the latest fad). If they did, and we actually did need a yearly detox, we’d probably all be dead.

Moreover, an investigation performed by Sense about Science in 2009 (yep, these things have been around for a while) examined 15 commercial detox products and not a single one could name specific toxins, agree on a definition of what a detox really is, or provide evidence for their claims.

As my friend Sol Orwell over at Examine points out:

To scientifically determine the effectiveness of a treatment, the toxin being investigated first needs to be identified in order to accurately measure its accumulation in the body. Then, researchers would investigate the effects of pharmaceuticals or supplements on the toxin. Finally, scientists would begin to explore a hypothesis for why the toxin is affected by a particular drug or supplement… The fact that no company can name the toxin their product targets reveals just how little of an effect cleanses have.

Don’t buy into the unproven (and costly) claim that a detox or cleanse will make you healthier. It’s not about what you do one or two weeks out of the year – it’s about the bigger picture of what you do the majority of the time.

A 72 hour cleanse or detox isn't going to miraculously make up for six months of eating junk. Click To Tweet

While most of these cleanses and detoxes aren’t dangerous, they can cause some problems that are worth knowing about:

These issues, amongst others, result in people commonly reporting:

But perhaps the most important side-effect to be aware of is that detoxes and cleanses – along with any other form of restrictive eating – encourage an unhealthy relationship with food.

We live in a world filled with delicious food and if you can’t find a way of incorporating it into your diet, you are doomed to fail eventually. And when that happens, you’ll find yourself in a cycle of yo-yo dieting that is hard to get out of.

Can Detoxes Help You Lose Weight?

As explained in my article looking at calorie counting, if you consume fewer calories than you burn, you will lose weight.

There’s no two ways about that, but the type of weight you lose depends on the way in which you limit your intake of calories. Under caloric restriction, the body’s glycogen stores can easily be depleted in 24-48 hours, resulting in several pounds of weight loss (both from the glycogen burned, and the water weight associated with glycogen storage).

This temporary weight loss leads a lot of people to believe the cleanse worked, but any weight loss from a detox is most likely water, carbohydrate stores, and intestinal bulk — all of which returns in a few hours after the detox ends.

Detoxes are tricking you into thinking there's a quick fix for fat loss. There isn't. Click To Tweet

Still, there is an important connection between body fat and toxins, because fat cells don’t only contain fat. They’re also a storage site for certain fat-soluble toxins we ingest. So, the leaner you are, the less real estate you have available for toxins.

Since fat-soluble chemicals can be stored in fat, when fat is broken down, the chemicals can enter the bloodstream, which may help explain why many people feel lousy when they’re going through a period of rapid fat loss.

Are There Any Benefits To A Detox?

If the body is so great at self-cleansing, and a detox isn’t an effective way of losing fat, why would anyone consider detoxing in the first place?

Well, the real answer is marketing. But we do get in the way of our bodies’ ability to cleanse itself. We put a lot of stuff in/on our bodies each day and don’t always use our bodies correctly:

With this in mind, detox diets typically recommend nutrient-rich ‘superfoods’ like:

All of these foods may help the body deal with incoming toxins and can be a healthy addition to your diet. But that’s not to say they should make up your entire diet!

Rather than sacrificing our entire diet for a detox, wouldn’t it be simpler to change some of the above habits and simplify what we ingest?

How To ‘Detox’ Naturally & Healthily

1. Eat reasonably. If you’re eating too much, you’re probably accumulating more toxins. Eating one doughnut instead of six is a detox. Having a few glasses of wine instead of the whole bottle is a detox. Slow down and chew your food.

2. Build your plate around plant foods and eat organic when possible. This minimizes your exposure to toxins while supplying your body with compounds that can help the body deal with all of the incoming chemicals. Choose foods that I talk about in this article.

3. Get lean (and stay that way). Easier said than done, I know. Certain fat-soluble compounds can accumulate in body fat. Less body fat means less room for potentially harmful chemicals. If you want help getting lean, you might want to consider my coaching program.

4. Drink plenty of fluids, including water and tea. Simple.

5. Exercise and sweat regularly. This should really be a no-brainer. Our skin is a major organ of elimination, but to make the most of it you need to be doing intense exercise, which requires plenty of energy from food.

6. Limit unnecessary dietary supplements. Supplements don’t automatically equal better health; some might just be another burden on the body. Make sure each supplement you use serves a purpose. You can read about the supplements I recommend here, and natural substitutes for each.

Have You Ever Tried a Detox?

You’ve probably guessed that I’m not a fan of detoxes and cleanses, but I want to know what you think.

Do you know anybody who’s tried one, or have you tried one yourself?

How did you feel afterward? Did you lose or gain weight? Did you consult a doctor beforehand? Leave a comment below and let me know!