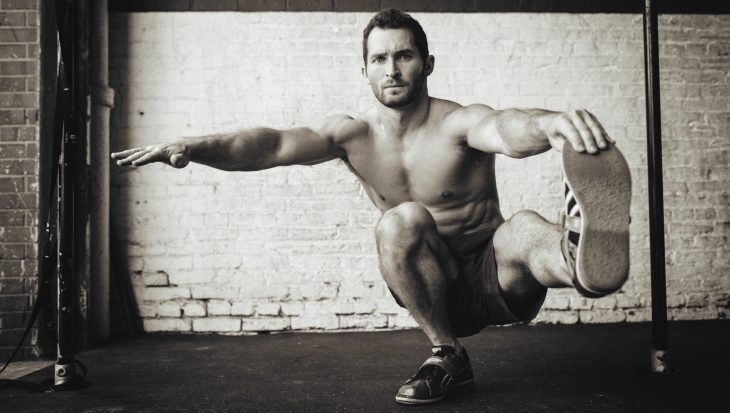 When most people think about ‘bodyweight training’, they picture themselves doing endless reps of sit-ups and push-ups.

If you want to get stronger, you need to apply the principle of progressive overload (which is just like gradually increasing the weights you lift in the gym).

When you apply progressive overload to bodyweight exercises, they are a fantastic way of building muscle… At least as good as using weights.

It could even be argued that bodyweight exercises are better than training with weights because the movements are very natural and you’re much less likely to injure yourself.

But we’re getting off topic…

Below are five of the best bodyweight exercises that will help you build muscle safely at home, while traveling, or in the gym.

I’ve included regressions (easier versions) and progressions (harder versions) for each exercise so you can find a starting point that matches your abilities.

When your chosen variation becomes too easy, you’ll want to move on to one of the more challenging variations. This is the principle of progressive overload in action. 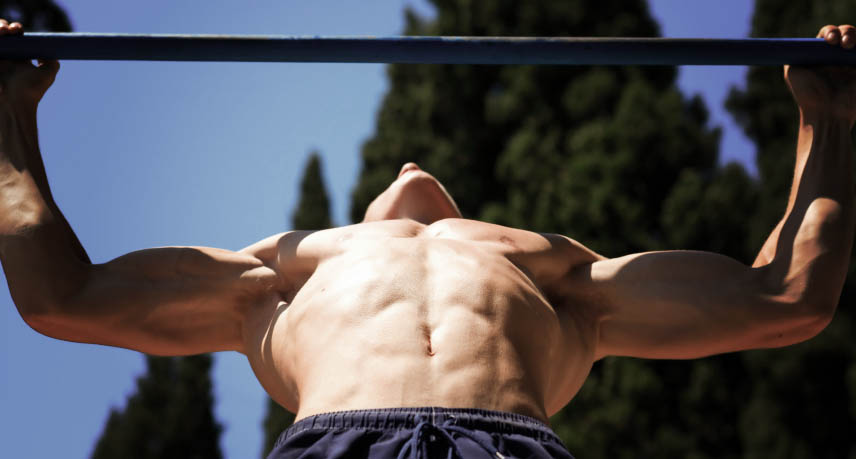 First and foremost, there is a difference between chin-ups and pull-ups.

Chin and pull-ups are both great exercises that will help you build a strong back and arms.

The ‘best’ is the one that suits your goals, but world-renowned strength coach, Jason Ferruggia, advocates parallel-grip chin-ups (palms facing each other). This is because it is easier on the shoulders and elbows, which helps prevent injury in the long run.

Jason also recommends using gymnastic rings, which are a great addition to your training arsenal if you regularly train in parks or playgrounds.

The classic push-up is one of the best bodyweight exercises out there, working your triceps, chest, shoulders and core (amongst other muscle groups) in a single movement.

Most people completely butcher them.

I’m constantly hearing from guys (in particular) who claim to be banging out 100s of reps per day. If that’s true, kudos to them (but they should have already progressed to a more challenging variation).

I can almost guarantee, however, that they are doing them with incredibly poor form.

Which means they’re wasting their time.

If you’re a beginner, you may well find dead-stop push-ups from the ground too difficult. In that case, you’ll want to practice one of the regressions below (while keeping in mind the points on technique that Bret made in the above video):

Note: I’ve purposely left knee push-ups or so-called ‘girl push-ups’ off this list because they do nothing to strengthen your core, which means you will have an incredibly time progressing to a push-up from the ground. 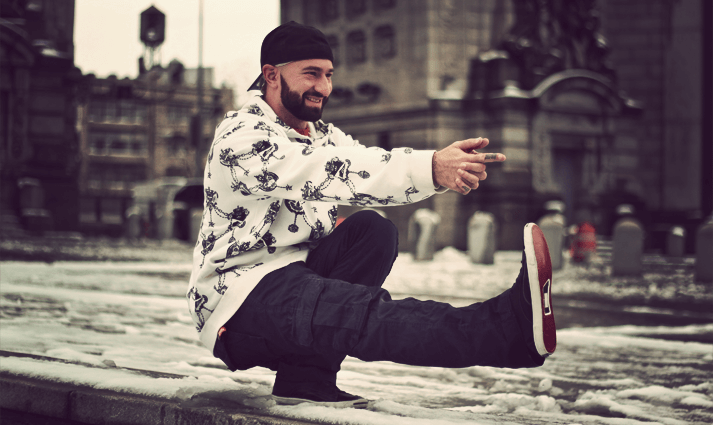 Squats hit just about every muscle in the lower-body, and develop great balance, stabilization, coordination and athleticism.

I’m not going to write about them in too much detail here, as I did that for the Squat Challenge That Works.

Below are a few regressions and progressions, but if you want to be walked through them all, progressing from the basic bodyweight squat all the way to the pistol, then I highly suggest you check out the Squat Challenge That Works.

You need rows in your exercise routine to build a strong upper and middle back.

Inverted rows are a great starting point for beginners.

In the gym, you would perform these by positioning the bar low in a rack or Smith machine, lying underneath it on the ground, and then pulling yourself towards the bar.

At home or on the road, you can mimic this movement by getting underneath a table or desk, gripping the edge, and then pulling yourself towards the table. Of course, this relies on having a strong table or desk, with plenty of room around it.

For that reason, I much prefer using a TRX, which you can use anywhere. You can watch strength coaches Eric Cressey and Greg Robins demonstrating this below: 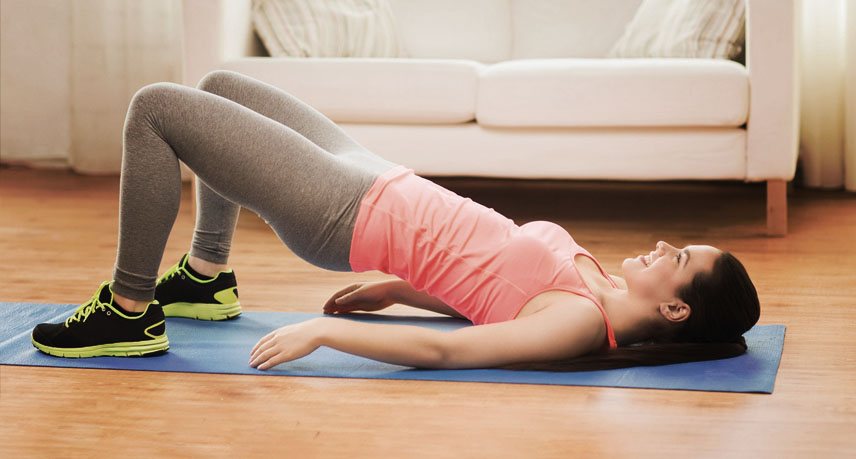 When most people think about bridges, they think of the glute bridge or short bridge (pictured above).

It’s a great exercise, but it’s also very easy. Which leads most people to discount bridges as one of the best bodyweight exercises for building muscle.

But as Paul Wade, author of Convict Conditioning says:

“If I had to name the most important strength-building exercise in the world, it would be the bridge. Nothing else even comes close.”

Bridging variations work more or less every muscle in your posterior chain, including your back, hamstrings, and glutes… But you’ll need to up the challenge from the short or glute bridge to reap the rewards.

There aren’t really any regressions for this exercises, so let’s dive straight into the progressions…

There’s a whole bunch of of other bodyweight exercises that are great for building muscle. But I wanted to keep this list focused on some of the most fundamental movements that are also accessible to beginners.

If you want a full list of bodyweight exercises, I’ve got 101 of them here.

So there you have it, the 5 best bodyweight exercises for building muscle anywhere.

It might be difficult to imagine yourself doing some of these exercises (especially the progressions), but the sooner you get started, the sooner you’ll get there.

If you’re not sure about how to get started, or want a program that lays all the progressions out for you, then we have The Challenges That Work.

Following the success of our unique squat challenge, we received a ton of requests for more Challenges That Work… So that’s exactly what we created.

You can get the new pull-up, core, push-up, glute and updated squat Challenges That Work right here.