30 Days of Mastery, Habit-Formation and Productivity 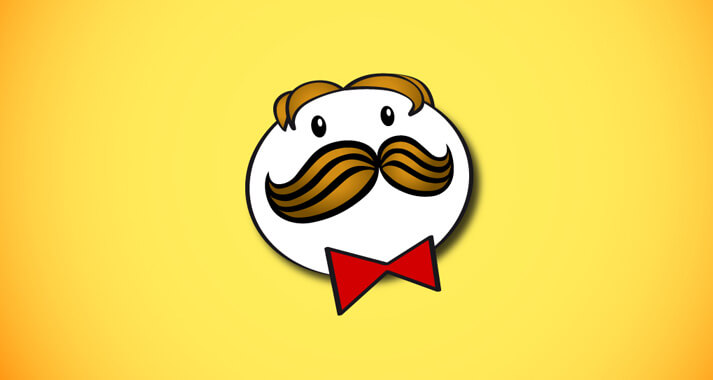 What do Pringles have to do with reaching your goals?

Or, how can potato chips help you lose weight, build muscle and get the body you want?

Well, they can’t because they’re terrible for you. But the story behind them can.

In 1956 Gene Wolfe graduated from the University of Houston with a degree in Mechanical Engineering. He went on to work for Procter & Gamble in Cincinnati, Ohio for 16 years where, among other projects, he was given the task of finding a way to take a baked potato, press it down, and slice it up in such a way that it could fit into a small can.

Well, he did it. He developed the machine that makes Pringles.

That was a pretty big accomplishment, and I think if that had been me I might have sat back and rode that success for the rest of my life.

But Gene loved to write, and dedicated himself to writing one page a day. Just one page. Around 300 words. Nothing more than a paragraph or two.

Gene is now 83 years old and has been writing for over 20,000 days. Over the course of his lifetime, he has written about 80 books worth of pages. He has published over 50 of them, and many of them have won awards and become bestsellers.

Among critics, he is regarded as one of the best living American writers in any genre.

Day In, Day Out

There’s a lot we can learn from Gene. By dedicating just a tiny fraction of each day to something that mattered to him, he was able to:

I’ve always been an ‘all or nothing’ kind of guy. If I don’t have the time to do a full workout, I often won’t do anything at all. If I don’t have time to write an entire article, I won’t write anything whatsoever. The net result is that I am getting less done than I ought to.

And I want you to join me.

Not in writing one page a day – this is just a goal that is important to me right now – but in committing to doing one small thing that matters to you, every day, for the next 30 days.

I’m choosing to write a page a day because I want to improve my writing so that I can put together better articles, and more of them. But your goal could be anything really;  fitness-related or otherwise. As long as you are working towards something that is really important to you, that’s all that matters. Although I will say that the smaller it is, the better. You are much less likely to stick with something if it is too difficult, or if it takes up too much of your time. You want to make it as easy as possible.

Here are some ideas:

Going for a walk.

Doing a short workout like the one you get when you become a subscriber (The Beginner Bodyweight Workout) or the squat challenge.

Cooking yourself one healthy meal each day.

Or this one from our friend Tony G:

One of the best habits you can start is to drink a large glass of water first thing in the AM. Preferably with some fish oil caps. Simple

Maybe these goals seem a bit underwhelming, but the point is that it needs to be something you will stick with for 30 days. You can make it more challenging later.

A Note On Exercise

Dan John is one of the smartest and most highly-regarded coaches in the fields of movement, strength, and athleticism, and yet the first time I read this quote I still thought to myself “You can’t do the same exercises every day! Your body needs to time to recover!”

My thought process was that if it was important to you to be able to squat heavy, then Dan was suggesting that you should do heavy squats every day. But that’s not what he’s talking about. He’s talking about mastering the skill of squatting.

If your goal is to squat the most amount of weight that your genes permit, squatting heavy every single day probably isn’t going to work because of course your body does need time to recover. But you can do some sort of squat variation every day. For example, you might do heavy squats on a Monday, bodyweight squats on a Tuesday, speed squats on a Wednesday, and so on…

Likewise, if you wanted to run a marathon it wouldn’t be sensible to try to run 26 miles a day, every day. Instead, you would do a different type of run (or even walk) each day.

Some of the best progress I ever made in the gym was when I went every day, or at least 5 days a week. It was a routine that involved training each muscle group on a different day. There are actually much more productive routines for people who are relatively new to training (such as a full-body workout every other day, or a 4-day split), but many beginners make the mistake of training like this because it’s what they hear about in the magazines and see all the pros doing.

Although I was doing the ‘wrong’ routine, I was doing something and I was working on some great exercises, like squats, deadlifts, pulls and presses. I made amazing progress because I was consistently exercising and getting better at these key movements.

Daily practice of the skill is what matters.

Recently, I’ve become fascinated with Stoicism, thanks to Tim Ferriss and Ryan Holiday. It’s a ‘philosophy’ that has nothing to do with abstract theories and questions. Instead, there are just a few central teachings that are meant to help us make the best of what we have, wherever we are, right now.

The teachings come from three distinct historical figures; Marcus Aurelius (the emperor of the Roman Empire), Epictetus, and Seneca. Their overriding message is that we can’t change the world we live in, but we can change how we react it.

In one letter (called ‘On The Shortness of Life’), Seneca writes:

“It is not that we have a short space of time, but that we waste much of it. Life is long enough, and it has been given in sufficiently generous measure to allow the accomplishment of the very greatest things if it is well invested”

I think Seneca’s message here perfectly sums up the importance of spending your time well. It’s why, for the next 30 days, I am committing myself to wasting less of my time and accomplishing something that will benefit me greatly – becoming a better and more productive writer.

What do you want to achieve?

What can you dedicate a small amount of time to each day to become a better or happier person?

Leave a comment below, and let’s hold each other accountable!